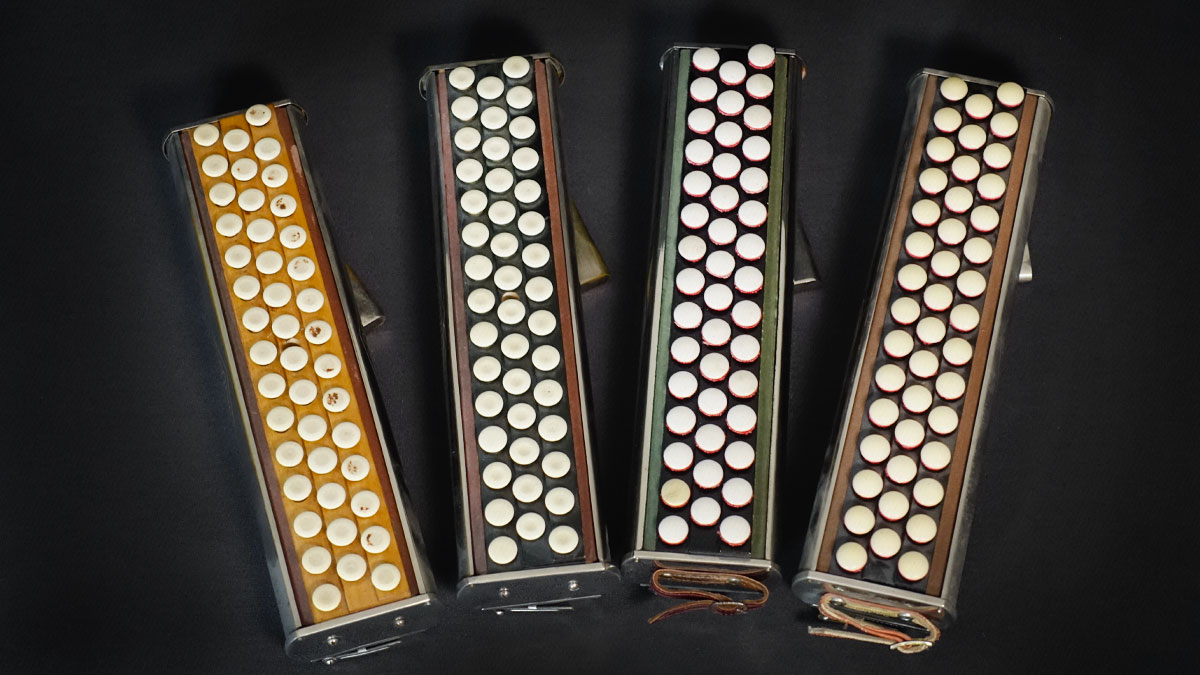 The accordina or short history of wind accordions

In 1938, on a harmonica, André Borel does not find the sensations of the accordionist that he is, and in particular, the possibility of making chords, he has then the idea to marry the keyboard of the button accordion to this harmonica. In 1943, he developed the accordina.

A patent, to protect this invention, was issued in 1947, for an “improvement to harmonicas”. 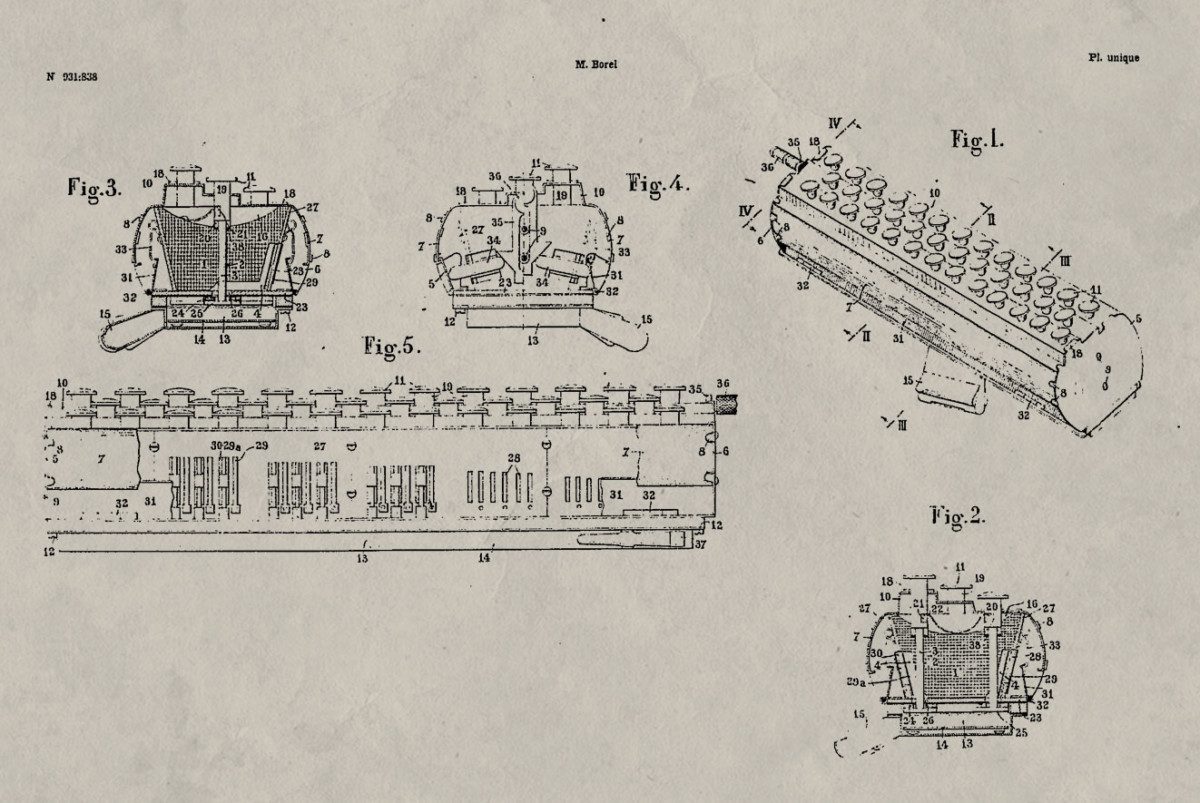 Extract from the patent 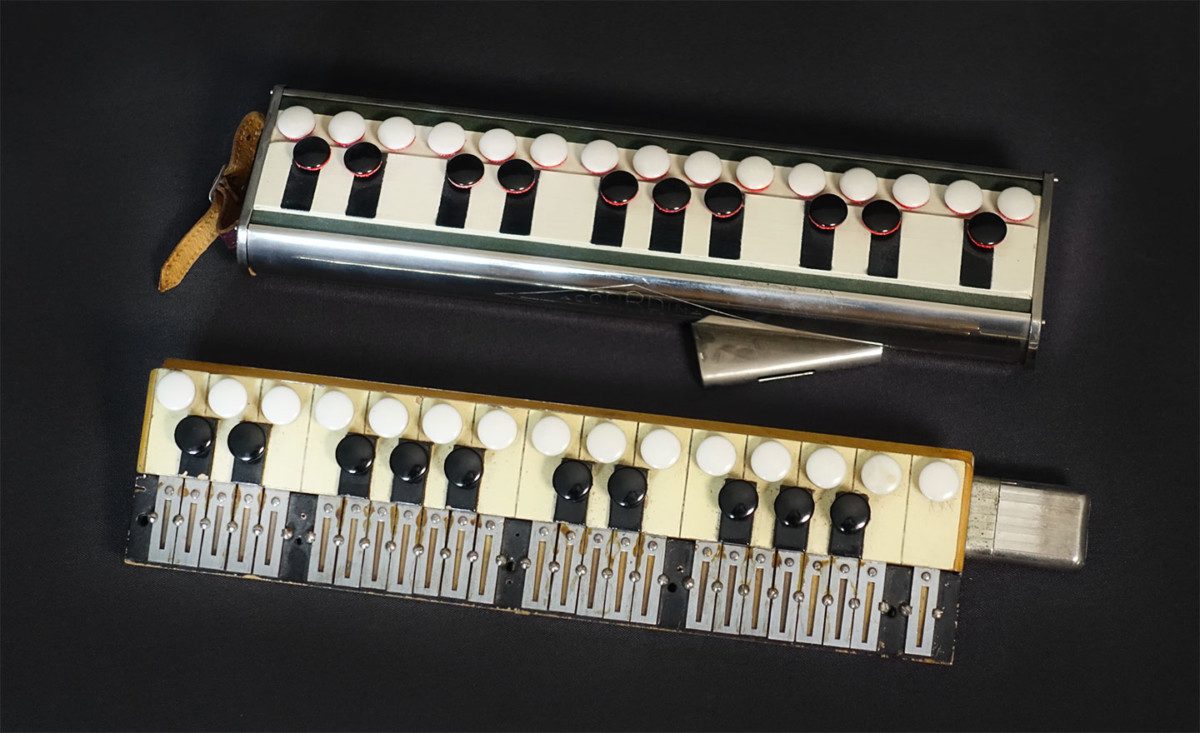 If accordinas are made in Paris, at first, they are very quickly made in the accordion factory MARINUCCI, in Recanati (Italy).

View all the publications